Defense Community News, Delivered to You

Building on the success of last year’s virtual Summit Series, ADC is once again reimagining how it connects and shares information with its members and stakeholders by introducing ADC LIVE, a series of television-format news broadcasts that will provide timely information and interviews in real time on key defense issues impacting communities, installations, and the defense economy.

Broadcast from our studio in Washington, D.C., each episode will feature breaking news, live interviews with top leaders in DoD and Congress, topic-focused features and content developed from around the country. Season 1 of ADC LIVE will launch on March 11 and continue through May, with plans for a second season in the future. Stay tuned for speaker and other episode announcements in the coming weeks!

There is no cost to watch ADC LIVE episodes in real-time. 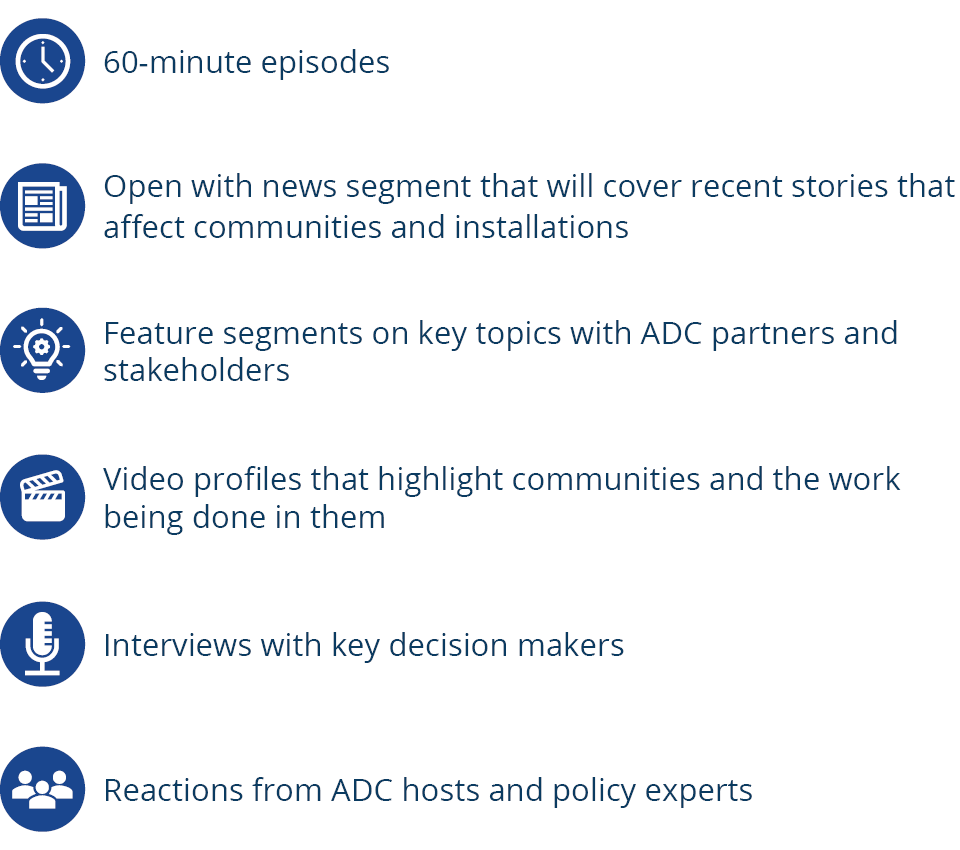 ADC Live will be available for free allow us to create the broadest audience possible. So, like most other broadcasts, ADC live will be supported through generous support of public and private partners. Don’t miss your chance to be a featured supporter of this new, unique opportunity to deliver your message to greater defense community.

Want to make sure you don’t miss any ADC LIVE episodes? Sign up to receive the latest information, including calendar invites for each episode sent directly to your email!

ADC builds resilient communities that support America’s military. We are the connection point for leaders from communities, states, the military and industry on community-military issues by enhancing knowledge, information sharing, and best practices. With nearly 300 communities, states, regions, and affiliated industry organizations, ADC represents every major defense community/state in the nation.